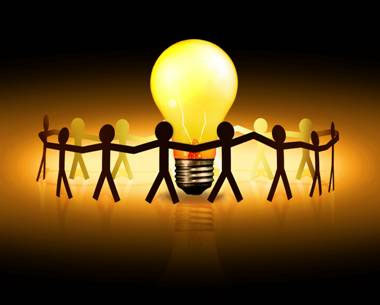 no longer business as usual

We see it all around us these days—in NGOs teaching farmers sustainable agriculture methods, in community-based organizations engaged in ecotourism, even in for-profits producing organic soap or selling mountain rice to benefit a community.

This is social entrepreneurship at work in the Philippines, as practiced by for-profit or not-for-profit organizations born out of a cause or advocacy.

Tommy Hutchinson, who spoke at the recent Go Negosyo Youth Entrepreneurship Summit and facilitated a two-day workshop on starting a social enterprise sponsored by the British Council, notes that there is much opportunity to do good in the Philippines.

“I think Filipinos are naturally entrepreneurial,” Hutchinson says. This, as well as the size of recent related events such as the Youth Entrepreneurship Summit, underscores the potential for, if not the growing interest in, social entrepreneurship.

Social entrepreneurship has been defined in many ways, among the simplest of which is the use of entrepreneurial approaches—out-of-the-box thinking, for example—to solve social problems. Unlike business entrepreneurship, its bottom line is doing good and creating social change, and not necessarily profit.

It is Bill Drayton, founder and CEO of Ashoka, an organization that Philippinessupports social entrepreneurs, who is credited with coining the term “social entrepreneurship” some 30 years ago. But it is only in recent years that the concept has started to become better known.

“People recognize that we need to do business and run society in a different way,” Hutchinson says, citing the economic downturn as a trigger. “It’s been like an economic earthquake, forcing everybody to think of what we have been doing.”

Hutchinson, himself a social entrepreneur, and founder and CEO of i-genius, a network of social entrepreneurs around the world, points out that one of the issues we now face is whether we should start to combine society with the economy instead of treating them as separate. “The question now is: Do we go back to business as usual? Or do we take this possibly unique window to create a new economy for business primarily on delivering social and environmental benefits?”

It is the potential for creating social and environmental good that makes social entrepreneurship attractive, especially in these times. “It’s got universal appeal for anyone in this world who cares about something. And I think that can be quite a powerful drug,” Hutchinson says. “Not many concepts in this world have that universal appeal.”

But more than this, they are also revolutionizing the way they do business.

“One of the pieces of research that has been done is that [social entrepreneurs] tend to run their businesses in a more honest fashion,” Hutchinson says. “If you lend money or invest in a social business, you’re more likely to get your money back.” He credits this to social entrepreneurs’ tendency to follow an additional moral code in running their business. “It’s a very attractive thing for investors and for financers—and they should wake up to it,” he adds.

This “moral code” may very well equip social entrepreneurs to compete in the future. If in the past, economies have competed on the basis of how industrialized they were, and later, on how knowledgeable they were, the future might put a premium on the good they do and how they do it.

“I think the future will be the ethical economy,” Hutchinson says. “People will start to be able to compete locally, nationally, and world-wide, on the basis of how ethical they are.”

According to the 2006-2007 Philippine Report of the Global Entrepreneurship Monitor, which surveyed 2,000 adult Filipinos nationwide, 57 percent saw good business opportunities in their locality. This number gave the country a ranking of fifth globally and first in Asia among countries with perceived business opportunities. Eighty-three percent of those surveyed were considering actually starting a business, with 46 percent expecting to start a business in the next three years.

This bullish outlook goes hand in hand with the optimism and hope of having a new President at the helm. Social entrepreneurship can certainly harness both. Hutchinson says, “It’s a great creative expression that we can do something to make the world better instead of just being passive about how it affects us.”

While social entrepreneurs continue their work of improving living conditions in the country, a lot can still be done—from eco-friendly transportation to more parks, from organic shampoo to education for all. “There’s a lot of potential in the Philippines,” Hutchinson reiterates. “Will Filipinos really grab it?”