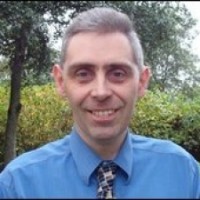 Changing the World in just your Pyjamas. An interview with Mike Bright

i-genius: What is Help From Home?
Mike: Help From Home is a directory of 3rd party run microvolunteering actions. Microvolunteering can be described as easy, low or no commitment online and offline actions that benefit a worthy cause, where the main bulk of the task can be completed on demand in one or more sessions of upto 30 minutes, either from a person’s home, work or on the go, from anywhere in the world, and even in your own pyjamas! We use these 3rd party run micro-actions to increase volunteering participation rates in many different sectors of society, using quite a diversity of methods. So far, we’ve been jointly instrumental in putting the microvolunteering concept onto the US and UK voluntary sector radar. The concept has now started to spread beyond these countries to a more global audience.

i-genius: Can you really change the world in just your pjs?
Mike: Yes you can. We have over 800 micro-actions featured on our website where you can perform tasks as diverse as transcribing papyri, deciphering whale song or finding Genghis Khan’s tomb – all without taking your pyjamas off. Single handedly, you may not be able to change the whole world, but collectively, if the world’s population of 7 billion all performed a 5 minute microvolunteering action during the TV ads (and yes you really can microvolunteer for 5 minutes), it would equate to 583 million hours of volunteering or 66,590 years – that’s an awful lot of time to spend in your pyjamas…… but worth it!!

i-genius: How effective is microvolunteering?
Mike: It’s effective at many different levels.
1) For the actual impact that microvolunteering actions collectively have for ‘do good’ causes, refer to this report that we compiled last year It’s quite surprising how an action that can be considered in of itself insignificant, but combined collectively with actions from many thousands of people, can produce quite a profound impact.
2) It enables charitably minded housebound, disabled people to have more choices as to what they can give back to society
3) It empowers people, who otherwise may not be able to attend traditional volunteering events, to squeeze in a bit of volunteering on the go, on demand and on their own terms. It effectively enables people to ‘do good’ for society like never before
4) #PyjamaPower might become the new Twitter trend, effectively enabling people to discuss what they did in their pyjamas, without fear of embarrasment or the odd snigger or two!

i-genius: What have been the challenges in setting up Help From Home?
Mike: In the early days, there was a lot of resistance to the microvolunteering concept and how it could possibly be policed with all the red tape that comes with volunteer management. Thankfully, that’s been put to one side now, as it’s been realised that microvolunteering can be conducted effectively without the imposing red tape barriers. There is still resistance from charities and nonprofits to use the label of microvolunteering when describing bite sized actions they already have on their ‘books’. Our free Consultancy Service for charities, is slowly making inroads to effect this change in mindset.

On a more personal note, funding, finding time and recruiting volunteers to help me have been colossal issues – but there again, what’s new with other grassroot level ‘do good’ initiatives out there. Despite these challenges, HFH very often gets lumped in with the Big Boys of the volunteering world in media articles, whilst HFH’s web stats informs me that I’m up there with the Big Boys again on web traffic. That’s quite an achievement when you consider these Big Boys have many, many full time paid employees, operating on a budget of hundreds of thousands of UK pounds each year. HFH operates on a zero budget, which just goes to show what can be achieved if you creatively use the resources available.

On a much more different note, I also had immense difficulty choosing what pair of pyjamas to promote HFH with – one of the reasons why I’ve gone prematurely grey!

i-genius: What’s the next step in this initiative?
Mike: To find different avenues to promote microvolunteering. An upcoming project of ours, called ‘Skills 4 You’, will empower people to develop work based skills via microvolunteering actions from their own home. We’re also looking to make inroads into employee volunteering schemes, where people can microvolunteer in their lunchbreak, without getting up from their favourite office chair! We’re also trying to set up a Global Microvolunteering Awareness Day – pyjamas being very much on the agenda for this one!

i-genius: Anything else you want to share with us?
Mike: Microvolunteering has so many possibilities to ‘do good’. We’re open to any initiative that feels they would like to explore this concept to benefit the beneficiaries of their cause. Oh, and if any millionaire wants to buy us out, we’re available 24/7 for your phone call, email, Tweet…… Applicants must be prepared to wear pyjamas!