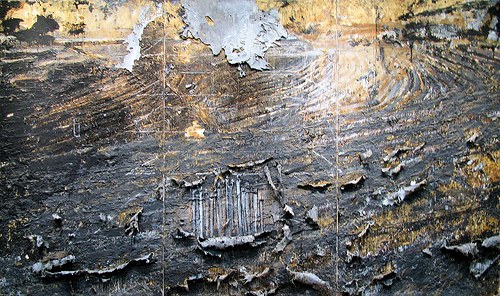 it was only a matter of time

A&F Markets based in Paris want to allow investors to buy and sell shares in art works with prices quoted on a public index. The shares will start at £8 for works valued at more than £85,880. The scheme will only trade in modern pieces from the late 19th century onwards, including painting, sculpture, video installation and photography. This is great for culture-lovers who cannot afford to hang a modern master on their wall, as they will soon be able to buy shares in art works as the first art stock exchange prepares to open in the French capital.

The project, expected to launch sometime this month, has been very secretive about its opening art works. The company’s founders are initially working with about six Paris galleries, but are seeking to expand in the UK, China and across Europe. They hope to attract financiers and investors who might previously have been wary of the art world’s volatile and sometimes confusing prices. The scheme is also hoping to attract investors tempted by French tax breaks on art.

Patrick Bourne of the London-based Fine Art Society said the idea was a “stinker”. But Pierre Naquin, the 26-year-old French entrepreneur behind it, argued that new investors in the art world would be “reassured” by a marketplace that copied the financial mechanisms they were used to. He said: “Just because someone makes an investment in art, it doesn’t mean they lose the emotional tie to the work. We’re actually opening up the market to art lovers.”